It would be fair to say Dot Allison has undergone something of a rebirth.

Her previous career has seen her collaborate with an almost endless list everyone from Death in Vegas, via Hal David to Pete Doherty, Massive Attack to Paul Weller, Kevin Shields via Slam to Scott Walker – and of course, working with Andrew Weatherall while frontwoman and principal songwriter with One Dove. 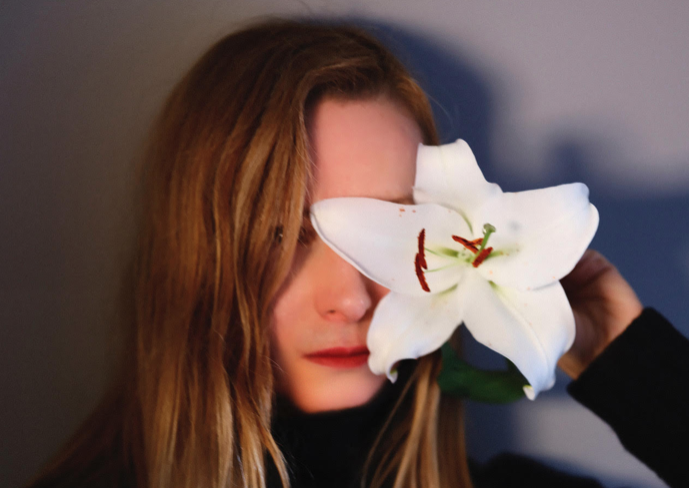 Debut solo ‘Afterglow’ came in 1999 followed by three more diverse long-players before taking time out to raise her family, briefly surfacing in 2009 for another new work, ‘Room 7½’, with Weller and Doherty chipping in.

A decade on, she’s back with ‘Heart-Shaped Scars’ – co-producing with Fiona Crickshank this new 11-track album – featuring single ‘Long Exposure‘ – also ropes in Hannah Peel on strings, with Edinburgh-based Amy Bowman and Zoe Bestel’s folk stylings given a Hebridean twist – adding both both found sounds of nature as well as more instrumentation from folk musicians Sarah Campbell and Amy Bowman.

But let’s start at the very beginning…

• So Dot, how did you get into recording music in the first place? Give us the origin story, if you will!

I used to work out John Carpenter sound track themes between ‘Assault on Precinct 13′ and ‘Halloween’ on the piano as a kid, and some Erik Satie too. I read and played music at the piano at home a lot and owned an encyclopaedic Beatles songbook.

I was a biochemistry student working in a bar in Glasgow and I sat down with Jim McKinven and we decided to make a tune… I played him the chords for Fallen from a cassette I had, at his flat in west Glasgow and he worked on my chords and later between himself and Ian a middle 8 was added, which is the only part of the progression I didn’t write and a backing track was formed… then I went to the studio with Ian Carmichael one night and I busked a bunch of melodies and many of the lyrics… that was how ‘Fallen’ began, which was our first track.

• The first recordings most people will have heard of you will have been the early 90s work with One Dove. How did that come about and did you see it as a band or just a one-off, given there was just the one album?

I think I have answered some of this above 🙂 We just used studio ‘dead time’… Ian was an engineer at a studio in South Glasgow and used to let us go in overnight when the studio was empty and that is kind of how Ian joined.

Jim and I hatched the plot of doing a musical project and very soon after that initial chat, Ian was part of it too. So I was a biochemistry student by day and went to the studio at night. I think since I had played piano as a kid, it was natural for me to immediately play bits of keyboards and to begin to learn to program.

• The received truth is that Andy Weatherall had a large hand in making that first album what it was. How did you see his influence and would it have been so well-received without his input?

I think he had the involvement he probably had in all his productions at that time… he was a very creative producer so he did re-voice and add many inspired arrangements and elements to it, although the songs were obviously kind of there in early incarnations before he added his magic.

If you listen to the early ‘Come Together’ by the Scream versus the Screamadelica one you can hear the transformation into the later version… The song was there but it is still different… it was kind of the same for One Dove I think. And some songs remained more like the un-produced version than others… it just depended.

• You have collaborated with a very wide range of people in your career, some very impressive names – what do you think is the key to a good collaboration, and what is the best example of that happening for you?

I think empathy is key to good collaboration… in fact I think it’s essential – without collaborators with empathy you can’t really open up and trust them I find… I have learnt the hard way with that, having had some of my ideas plundered etc. I loved working with Hal David… he was very lovely and with no ego at al amazingly – what a lovely gentleman he was.

• BM saw you live several times during the Death in Vegas ‘Contino Sessions’ tours and festival appearances. How do you feel musically about your involvement with that record now? (it rarely gets mentioned these days but BM thought it was the album of that year)

I now can appreciate what I brought to Death In Vegas. I wrote the hook of ‘Dirge’ on the spot when they asked me to come up with something for it, so I am proud to have written that hook. You won’t find me on the label credit which is a great shame but I am now listed as a writer on the PRS database.

• The albums ‘Afterglow’ and ‘We Are Science’ were well-received but maybe not the commercial successes they might have been. Thoughts?

I think being a female in the 90s and not making cookie-cutter pop or happy dance music or full blown indie music, there was less space for you to exist as an artist… I am sure that has something to do with that.

I am happy with it… I think my songwriting may have improved over time. I think it has anyway… and It coalesced as I did a few writing sessions with friends in the Scottish folk scene – it was quite a natural thing now my kids are less dependent on me for me to return to creative work a bit.

• Got to ask the wee Scottish question – we understand you are now resident in Edinburgh – how does it compare to the city you left in the 80s?

It’s different… I like Edinburgh, I always will… I love the history and the nature and open spaces and the pace. I think it’s allowed me to be still enough to let ideas take shape in my head that may not have done in a different city where you are more exhausted from running to stand still if that makes sense.

• The music industry now in 2021 is vastly different to the one you entered – any thoughts, or advice to people and maybe especially women, starting out now?

Know your worth, ladies… I now believe women are inherently massively creative. I also think women have been slightly brainwashed to feel like the underdog when we aren’t in actual fact… I am amazed to read about SO many female pioneers in the arts that have been erased from the narrative of history, whether it’s the first abstract artist in Europe Hilma Klint predating Kandinsky by a decade or the female pioneers in electronic music… Laurie Speigel, Daphne Oram, Suzanne Cianni and Delia Derbyshire to name a few… properly pioneering… even Ada Lovelace the first computer coder predating Alan Turning by a century for example I believe…

So I’d say, educate yourselves about the wonderful unsung female pioneers and create and carry yourselves with utter confidence… We are the children of many foremothers and many more we no doubt even don’t have any record of… It’s nuts really.

• Playing live – do you have any plans to play this album live, and what else might be in the set if you get the chance?