It seemed a low-key return to gigging, playing two nights in a small basement venue in their home city but after the sad passing of their manager, the ever enthusiastic and exuberant Davie Spiers – last year things understandably were a bit quiet on the Vladimir front.

Not entirely quiet as although they came off the road for a while and didn’t release any new music they have acquired their own rehearsal space and written a lot of new songs. The two shows were a precursor to a short U.K. tour before playing at a number of festivals.

So although these two shows were a bit of a return to playing live for the band and created a healthy buzz I was a little apprehensive that they may have changed beyond all recognition in the six or so months since I’d last seen them play a fantastic headline show in Glasgow at King Tut’s.

In fairness, the first night was a bit tentative. I didn’t really get the support bands on the night and Vladimir were great but not quite firing on all four cylinders. They seemed uncharacteristically tentative and while the new songs sounded great and their sound has opened up further Saturday was the night to see them.

Saturday was the busiest of the two nights with the venue filling up early and fine supports from Benedictus and Sahara who received an enthusiastic response from the audience. Both bands are definitely ones to watch in the coming year. The main event though was the return of Vladimir.

As they launched into ‘Come Over’ there was a different vibe to things. The intensity was ratcheted up a couple of notches and the band really soared, letting go and never taking their collective feet off the gas for the rest of the set.

The set balanced between crowd favourites and new songs. It was the new songs that I was most looking forward to hearing and they didn’t disappoint. Despite two songs having the titles ‘New New Song’ and ‘New Song’ on the setlist they didn’t sound half-finished but fully-formed and segued into the set seamlessly. 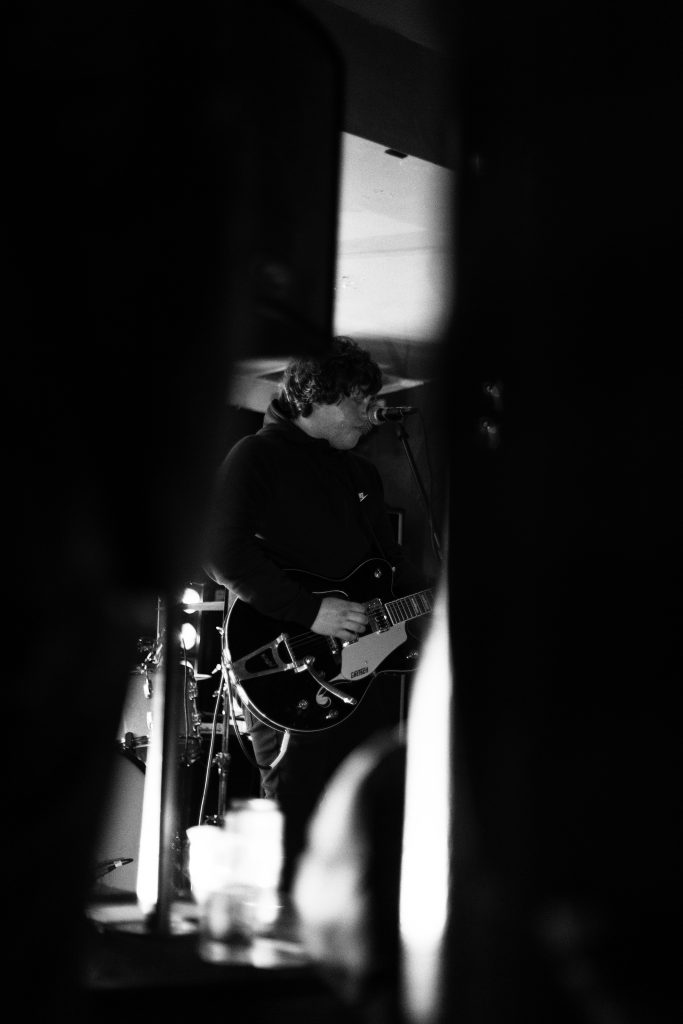 The introduction of electronic drum pads gave the sound a wider palette and the set flowed in as a series of highlights. The new songs along with a reworked version of ‘Born Slippy’ manage the trick of having more space in them while still feeling as intense and blistering as the likes of ‘Smoke Eyes’, ‘In My Head’ and ‘I Try’, all released as singles.

Vladimir have not lost the enviable skill of marrying a dark, at times crushing sound, with beautiful melodies but they have added to their sound without losing any of the appeal of the previous shows.

‘Revolution Dream’ closed the set on both nights and works so well, both as set-closer and as a brilliant song in its own right with a sweaty, closely packed audience letting go in the confines of a dark, small basement show.

Friday was a good gig but Saturday was a fantastic gig. Vladimir are still the outsiders kicking at the door but on this performance that door will be flying off the hinges soon.

After the gig I caught up with vocalist/guitarist Ross Murray for a few words on what was happening in the world of Vladimir.

I thought Friday was good but tonight was different class? Why do you feel that was?
“I think, on Friday, we had a few technical hitches [the soundcheck ran right up to doors opening] and we were perhaps a bit ring-rusty. Apart from one gig at Leith Depot we hadn’t played for quite a while.”

Now you’ve got the tour coming up. Does it feel good to be back playing?
“Definitely. It’s what we love doing.”

Do you have any gigs coming up after the tour?
“I’m not sure which ones we’re allowed to announce yet, but yeah, quite a few festivals.”

Do you have any plans for releases?
“We’ve got loads of new tunes but we didn’t want to go new tune heavy on the set tonight because we’ve not played Dundee for a year and a half and we didn’t want to go for overkill with loads of new tunes. We will have a new single out in the next few months and then we’re going to tour again after the summer, after the festivals. Do a massive tour, do it right. Then there’s some talk of support tours but I don’t know what we’re doing yet but it will be good.”

Are you still booking dates yourselves?
“We’ve got a booking agent doing shows which is cool – it takes a lot off of us. After, obviously Davie passing away, it’s good to have someone there. We just want to… we don’t want to get a new manager we just want to do our own thing.”

You’ve got your own studio set-up now. How is that going?
“It’s good. The plan is that in the next year we’ll be able to do everything ourselves, we won’t have to pay anyone to do anything, everything will be done in house. We don’t feel that anyone knows our sound as well as us and I think, for the best album, I think that would be a lot better than someone who has only seen us once or has just listened to a single or something. We’re only 23 but we feel like we’re total veterans (laughs). I feel like – we all feel like we’ll do it best.”

Keep up with all things Vladimir at www.facebook.com/Vladimirdundee