For a band that’s been around for more than 20 years Dundee quartet STOOR have maintained a steadfastly low profile for much of that time. 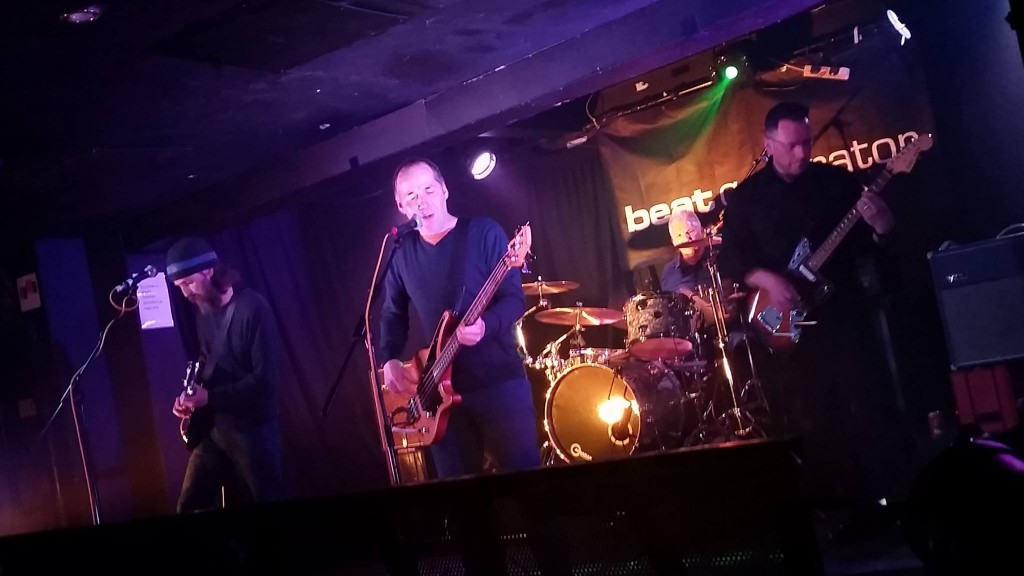 So it’s fair to say that the recent burst of activity in the last couple of years has been atypical. In that time the band have gigged as regularly as they’ve done for many years but, most importantly, they’ve also managed to document at least some of the songs in their repertoire on their self released debut LP – a mere 18 years after their debut single!

With the album about to get a new lease of life with a release on Edinburgh’s Stereogram on Friday 28th October, isthismusic? caught up with three of STOOR to discuss their long and intermittent history.

Guitarist Ross Matheson, one of the band’s two founders along with Stef Murray (vocals/bass), has a simple explanation for the band’s emergence from one of their frequent periods of hibernation.

“It feels like it’s the right time now. You’ve heard how long we’ve been doing this and we’ve only just put an album out. We just decided that we need to do this.”

Releasing an album is quite an accomplishment for a band that had recorded two singles – but managed to only get one out!

First time around the band were persuaded into recording some of their tunes by Jan Burnett of Spare Snare and Chute Records as drummer Scott McKinlay recalls.

“We did a single with Jan and we got lots of enthusiasm at that point although we didn’t play an awful lot.

Ross: “But Jan got us distribution because he was known and Chute Records were known and we sold about 400 copies.”

Buoyed by that initial success the band returned to the studio. However, without the backing of a label, things didn’t go to plan as Ross explains.

“A couple of years later we recorded a little instrumental EP. And we decided that we’d do it ourselves. But our heart wasn’t in doing that side of it, all the complicated bits like PRS, making a record label. None of us had the heart for it whereas Jan was totally obsessed with it. So it flopped, I’ve probably got 700 copies of it in my flat!”

Thereafter the band disappeared from public view emerging only infrequently for the odd gig. However there was more going on behind the scenes than was immediately apparent as Ross is keen to stress.

“People used to think that we’d split up but we always met, always rehearsed, we always wrote new material and we quite often recorded. So sometimes we recorded rather than play gigs. So it was massive fallow period for playing live but we were always being creative.”

What the band didn’t realise was that they were actually laying the foundations for a debut LP which would finally emerge last year.

First off though the band got back into the habit of playing live semi-regularly – a burst of activity which coincided with the recruitment of guitarist Davie Young, although Davie points out that this was no overnight decision.

A positive reaction to the gigs played with Davie, starting with the “re-launch” show at Clarks, boosted the band’s confidence.

Davie remembers: “The Clarks gig was mobbed, we got 100-150 people and we got nice feedback. Then Andy Wood (Cool Cat Club promoter) asked us to play with the Bucky Rage.”

Scott: “There was only 40 people there but everybody was coming up saying ‘where did you come from’? We’ve gone on from that show at Clark’s Bar and look where we are now! Still playing Dundee!”

It was Scott, with a little more time on his hands than the rest of the band, who persuaded the others that their many years of recording could be the basis of an album.

“We kept doing demos and some of them were pretty good. We always thought that we should do something with them and I said to the band why don’t we try and do this? From the enthusiasm at some of the gigs and the feedback we were getting, quite a number of people seem to like us.”

Ross acknowledges the role that the drummer played in getting the album moving.
“We could easily just have said we’re not going to put this thing out. Scott pushed us to do it and nobody would have stopped him doing it. But if we hadn’t put it out none of this would have happened.”

Ross explains what eventually went to make up the long overdue ‘STOOR’ LP.
“The album has a mixture of older stuff and brand new stuff. I think it’s a really good piece of work and we’re proud of it. I kid you not, we had not one negative response and everyone’s said that it’s really good. And that helps! Because I think we’re all shallow enough and insecure enough to enjoy praise.” 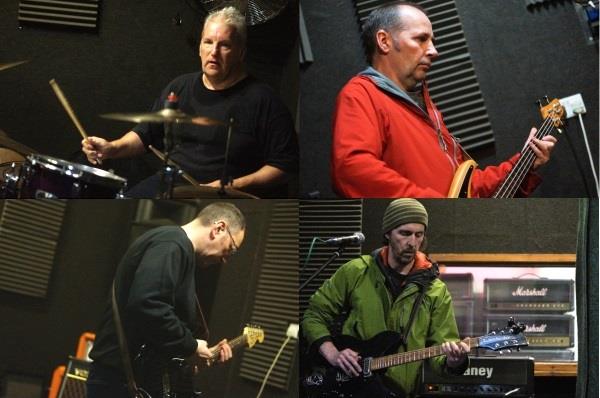 The album was released last year to a warm critical reaction – from those that heard it. But too many people who might like the record didn’t hear it as Scott reflects without bitterness.

“The enthusiasm that a number of people have shown has been really good. But you know how difficult it is for people to hear bands unless you’re twenty years old and good looking (laughs) writing the next hit! It’s impossible to get it heard widely.”

Getting gigs outside of Dundee has also been a problem although the band have managed to play Manchester twice thanks to the power of social networks.

Scott: “There’s this Fall page and there’s 20 or 30 people in it including a guy called Kevin McMahon and a guy called Barry Reilly and we ended up joking about stuff online. I said I was in a band and they said let’s hear it. And they decided to do a gig in Manchester with people who were in the Fall and they invited us down and that’s how that came about.”

Davie: “We were down in Manchester this year which was really good. But the downside to the Manchester gigs was that there was no audience – it was just the bands that were playing and maybe 20-25 others.”

Scott: “But I’d rather play to 25 people who get you and who are appreciative than playing to 250 people at the Rezillos looking at you going ‘Eh? I don’t get you’.”

The difficulty in getting gigs outside Dundee however led to a fortuitous meeting after the band put on their own show in Edinburgh.

Scott: “We can’t get arrested there, we’ve tried everywhere. And again, people have got overheads to meet and if it’s a local band they might get an audience compared to some guys from Dundee that no-one’s ever heard of.”

Ross : “We played a great gig at an unusual event in Edinburgh and we were put in touch with the Cathode Ray for that show. And Jeremy (Thoms, Cathode Ray main man, Stereogram founder) asked if they could put the record out. And we were’ Yeah, okay!’ So suddenly it’s on Stereogram and it’s getting re-released on CD.”

STOOR are proud of everything they’ve achieved under their own steam. But they are quick to welcome the further opportunities that a label like Stereogram can offer.

Scott: “They’ve helped us reach more folk already. I got a Facebook message from a guy, Ted Leibowitz and he’s got a radio station in New York called Soma FM. And he’s played us on the station!

“The guy gave a wee bit of a spiel when he said that modern music is rubbish – with four notable expectations and STOOR was one of them!”

Perhaps surprisingly the band are already in the middle of recording LP number two. Ross explains that the band were not short of material for the new record.
“The new one’s going to have more new stuff and a couple of older ones on it. But on the back of this we could come back in and start recording another album because now we’re determined to release stuff, keep doing it, keep it moving.”

Key to the band’s progress has been their independence and despite working with like-minded people at Stereogram STOOR will continue to make music for the same reasons that they’ve always done.

Scott: “For us – none of this is about money. It’s about doing stuff exceptionally well that we enjoy that hopefully other people will enjoy. But we don’t write music to satisfy an audience, it’s just what we do.”

“And we don’t want people to say it’s shit!”

Here’s the first single taken from the LP:

‘STOOR’ is re-released on CD and download via Stereogram Recordings on Friday 28th October.

The band have a prestigious support slot lined up with Brix and the Extricated on Sunday 30th October at Beat Generator Live in Dundee.

Then on 27th January the band also support the Membranes at the same venue.
They are very much open to offers to play!