There’s a lot of things I find adorable in this world… puppies, spring flowers, the sight of Martin Hardie heading home the winner in injury time to set the glorious Pars top of the table… but none of those delectations could have prepared me for meeting Miss Rachel Sermanni, whose beautiful fresh looks, naturally captivating personality, as well as her insanely cute Carrbridge accent made my heart skip a beat. 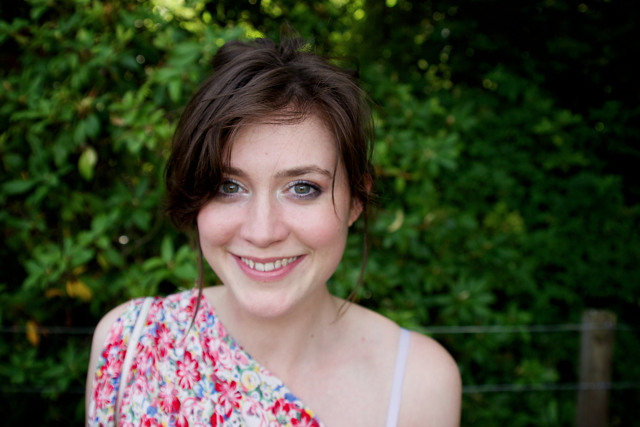 But if you think by now that I might have just the tiniest soft spot for this alba-infused folk singer, please don’t take my word for it. Her wonderfully clandestine lyrics carry an air of hopelessly endearing vulnerability, as well as her introverted-yet-alluring stage presence, which will have you clinging to every syllable of every word.
Hot on the heels of her visit to the States for SXSW, I got the chance to speak to her in the wake of her enchanting set at Wide Days, and saw a once in a lifetime opportunity, which I grabbed with both hands…

No band tonight… any reason for that?
Well, sometimes the band plays with me and sometimes they don’t, I quite like it that way, you can chop-and-change.

Great set tonight, how do you feel it went?
I felt everybody was really attentive, so that was nice, I don’t think I waffled too much, I made that key because it had to be a short set and I couldn’t waffle like I am now… But yeah, it went really well and I really enjoyed singing the songs.

What effect has the attention from the likes of Vic Galloway and the BBC had on you, in terms of how you view your future in the Scottish music scene or possibly further afield?
People like Vic and a whole host of people who provide the public with something to listen to are really useful because if you get them on your side obviously they’re going to really really contribute to your goals, they build your fanbase and your listeners. If anyone’s listening to their radio show it means they were listening to you, and then also, on another level it has helped because other radio people will hear you… so the public listen, the business hear about you and then with things like PRS (Performing Right Society), you get paid for it, so it’s all good!

The past 12 months has brought with it some amazing opportunities for you and your band; where do you see yourself in another year and do you have anything else exciting lined up in the near future?
Exciting-wise in the near future we’ve got lots of things; I’m going to America again in about two weeks to LA, to enjoy some more… I mean to work! I’m going to sing for a festival called Musexpo, which is an industry festival for music to go with films or adverts and stuff like that, then a summer of festivals, hopefully there will be a tour of some sort so we get to see a bit more of Britain and have some more people of Britain see me, and in a years time… I hope it will have progressed to the point where I have at least got a release out of some sort, even just something on a small scale, it needs to be done!

Your music if very traditionally “Scottish-orientated”, you can see it in your style and lyrics, how big a part do you think growing up in the Highlands has played in your influences, and even your life in general?
I think a lot of people play up on it… I love to say that I’m from the Highlands, I’m very proud of that. I personally cant see too much of an influence but at the same time I’ve got quite traditional musicians playing with me in the band, so that would obviously have an influence, and I played a lot of traditional music when I was younger. It has to have filtered through that. I’m really grateful for being able to play a couple of other instruments, its great fun to join in the traditional scene. I’m a part of a few circles, which is lovely, I’m really appreciative of it and it’s probably helped me a great deal.

Do you have any favourite Highland-based acts you’d like to recommend to us?
There’s a boy called Motty Parrot, he’s great… there’s some bands that have been there for a long time like Mystic Shoes, they’re good fun, and another singer called Maryann Frew… Oh there’s so many!

Thank you so much, I did have one last question but now that we’ve come to it, it seems cheeky to ask…
Go for it.

Any chance of a kiss?
Absolutely! For a gentleman as incessantly handsome and talented as you, how could I decline!? MWAH

…ahem… genuine ending there to my interview with the charming Rachel Sermanni. You’d be insane not to catch her at the Stag and Dagger music festival in Glasgow on May 21. Get yer tickets now!