However, one that has received universal acclaim is ‘Fingers Crossed’ by Miki Berenyi, once of Lush, and now, Piroshka (alongside K.J. McKillop out of Moose plus former members of Modern English and Elastica).

Described variously as “brave”, “candid”, “forthright”, ‘revelatory” and “intelligent”, her memoir is subtitled ‘How Music Saved Me From Success’. 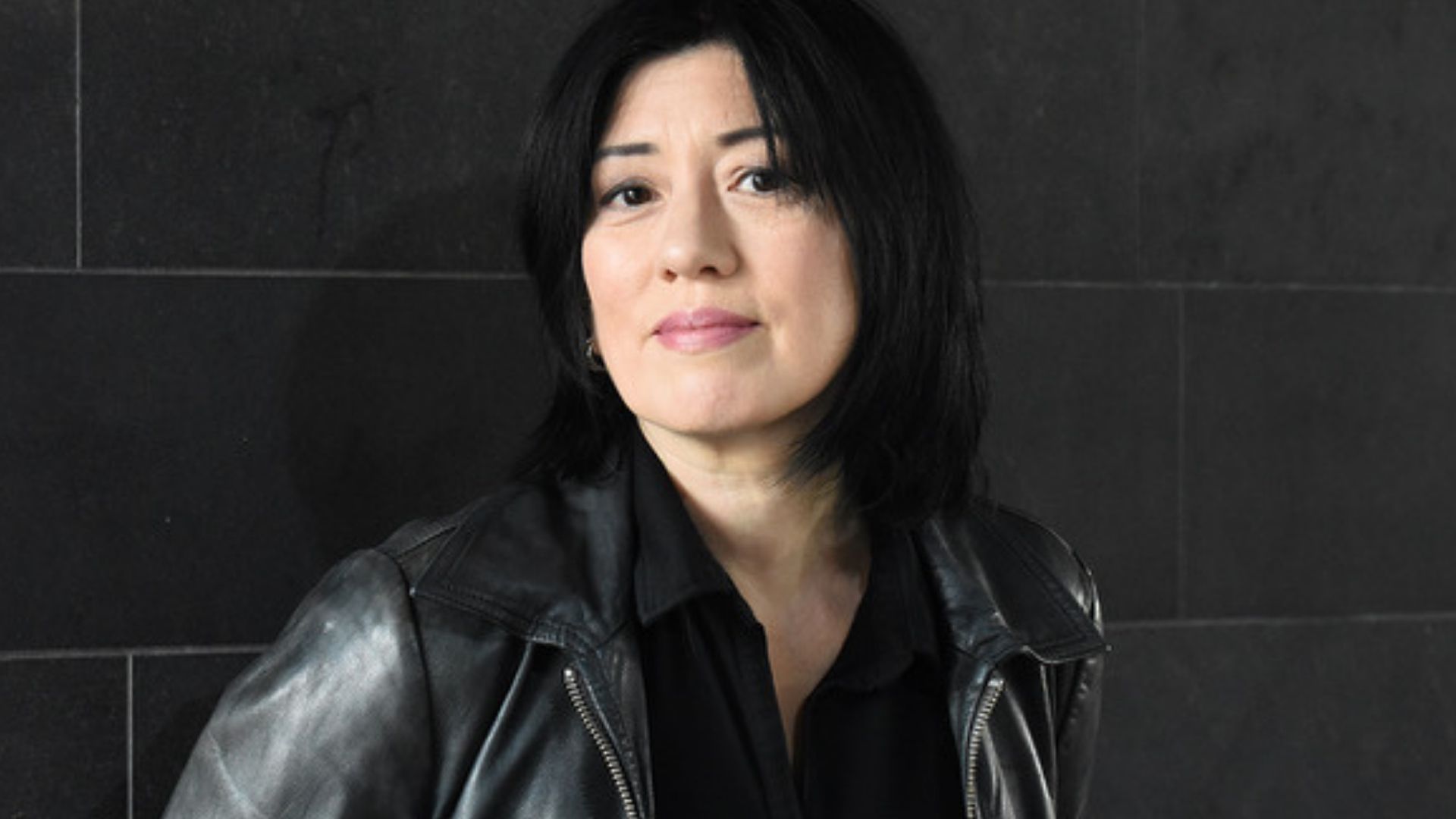 • 1. How did the idea of a book germinate?  Had you been planning to write a book or were you approached?

I was approached by Peter Selby who was setting up a new music imprint – Nine Eight Books – at Bonnier. I originally declined because I thought the idea was ludicrous. Who would want to read the autobiography of Miki from Lush, for God’s sake?! Then the magazine I was working for folded, and Covid hit the headlines, so with lockdown looming, I reconsidered.

• 2. How did you tackle the writing process?  You make reference to your diaries so presumably you had some handle on times, dates etc.  Did you need to be disciplined and set a target number of words per day, or did it all just spill out?

I’m a bit of a hoarder – photos, letters, tour itineraries, band memorabilia, press clippings. I kept a diary from when I was 12 (this petered out once I had kids) so there was plenty of detail to refer to, as well as a gig list of every gig I ever went to.

I spent a lot of time staring at a blank screen, then going for walks in the park to get my thoughts in order. Then I had a twitter exchange with a friend who said: “Well, as long as you’re doing about 2,000 words a day, you’ll be fine”. TWO THOUSAND WORDS A DAY??!!   But there’s nothing like a deadline to give you a kick up the arse. I was nose to the grindstone 24/7 for the last 8 weeks.

• 3. Are you a fan yourself of “rock memoirs”?  Whose did you look to when writing your own book?

Not really – most of them are written from a perspective I don’t chime with. But I did enjoy James Young’s book about touring with Nico, which read like a dark comedy. And Viv Albertine’s Clothes/Music/Boys. Tracey Thorn writes beautifully, too, and I loved her book about Lindy Morrison.

• 4. To go onto more general themes – when Lush parted ways you took a lengthy break from direct involvement in the music industry as an artist.  When you returned to live shows initially with Lush and then with Piroshka, and put out several records, the music landscape had changed drastically with streaming etc.  Which of these changes have been for the better and which for the worse?

I don’t think I’d have had the confidence to do the Lush reunion shows without social media. In the years after we split, we were barely mentioned. Books and articles excised us completely from history, and it wasn’t till this article in The Quietus that I started to realise there were people who loved Lush and still cherished our music. The comments were initially the usual sneering put-downs I was used to (including several from writers for The Quietus) and then, as dawn broke in the US, the nice comments started coming thick and fast. By the end, even the Quietus journos were writing “I was only joking” etc. Emma and Phil (who were both on socials; I wasn’t) showed me that there were loads of people on Facebook clamouring for Lush. So although I find these platforms a bit of a tiresome, because you are endlessly having to ‘sell’ yourself to maintain your audience, I can see how directly connecting with the public can make a big difference – particularly when ‘establishment’ sources consistently dismiss you.
On the flipside, it’s impossible for me to make any money out of music now, because the entire funding structure has collapsed. But then I’m not sure I’d ever want to do it full-time again. It was too intense. And I actually like having a day job!

• 5. Do you try to check out new music yourself, and how do you do it?  Any recommendations?

I listen to what’s fed to me – Moose is much more up on going to see new bands, so I rely on him a lot to put music on. Or if I do an interview with someone, or get invited along to a Bella Union gig, that’s often my way in. I did a Round Table with Steve Lamacq on 6 Music recently and all the records were great – but I’d have never listened to them if I hadn’t had to check them out for the broadcast!

Justin and Ollie have a new record out under the name Aircooled, which is great. And Moose went to see a brilliant band called Lowly the other night (I couldn’t go because I had covid). 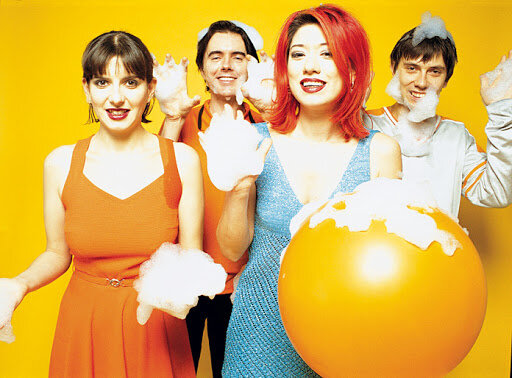 • 6. Inevitable question here – you talk quite a bit in the book about the built-in sexism in the music industry.  Have you noticed any changes in that respect since you started out and now returned?

I’m afraid I’m not in a position to be able to judge this. I’m 55 years old, able to choose who I work with, and most of my encounters involve people already knowing who I am. In other words, I have some power, so I don’t experience the industry as a young, anonymous woman would – which is the key test. That said, I’ve had a few trolls giving me grief about the book – picking at my character and saying I’m “not very nice” or too “unkind”’, so it’s clear that women’s worth is still measured against a one-dimensional ideal of bountiful loveliness that if you don’t live up to, makes you fair game for getting pilloried.

• 7. Can I ask the same question with regard to racism in the music industry?

I never noticed any direct racism myself, to be honest. No one I mixed with in the music scene seemed to give the slightest shit whether someone was Black, Asian, Jewish, whatever – which is partly what drew me to that world. But I’d spent most of my life trying to assimilate – I wasn’t trying to hide my Japaneseness, but it just wasn’t that big a deal to me. So maybe it wasn’t on my radar.

That said, I was aware that the music press frequently had behind-the-scenes debates about putting black artists on the cover, which apparently sent sales plummeting. So I think on a marketing level, there were assumptions that the racism of ‘”the public” had to be appeased, and the non-whiteness of artists was seen as a ‘problem’ that had to be overcome. I’d like to think this is no longer an issue, but I operate in a very small pool so I’m not well informed on this.

• 8. Do you have any unfulfilled ambitions lurking under the surface still?

It would be nice to write another book, where I don’t have to bang on about myself the whole time.

• 9. Will we be seeing you north of the border anytime soon, either for a book reading/signing or for further live dates?

I’d love that! I played a few songs at a couple of my book events with Moose and Oliver Cherer (on bass), and it was really fun – so much so that we’re going to repeat the experience in Bexhill, Bristol and Cardiff. We’re looking at doing more next year, so it would be great to make it up to Scotland!

• 10. Another inevitable question!  If you were to give one piece of advice to yourself as you made these first steps into music, what would it be?

Not everyone is your friend, so don’t expect so much of them.

‘Fingers Crossed: How Music Saved Me From Success’, the memoir by Lush band member and founder Miki Berenyi, is available now.