Glasvegas have returned with a new record, SEVEN years on from ‘Later, When The TV Turns To Static’. We spoke to the band’s frontman James Allan on their way back from the musical wilderness. 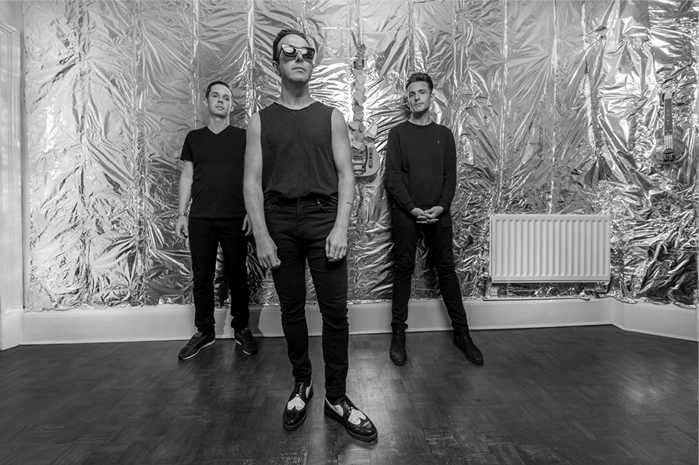 itm?: So, James, it’s been a while – seven years. Was it always the intention to take such a long time between albums, and if not, what happened?

JA: Well, it really wasn’t my intention for it to take a long time or to make it in a short time. It’s simply that this is the first album that I made on my own, which is a different thing from how we’ve done it before. For ‘Godspeed’, I recorded, engineered, produced and wrote it myself. The songs were actually written in only a couple of months back in 2014 when I first started on it, but having to get to a point where you understand the language of recording music a bit better took some time. I guess looking back at all I’ve learned, it kind of makes sense for how long it took.

• You have done everything yourself this time – how was that process – was it enjoyable? And how does it affect your feelings towards the final record?

Yeah, it was mostly enjoyable. I feel like the record’s right and that’s the most important thing.

• Although you’ve massively experimented across the previous three (and a half) records, it’s fair to say this is the most eclectic album yet – where did all these diverse sounds come from and how do you feel they fit together?

For this album, it’s just the same as before, where I’m just trying to listen carefully to where the idea is trying to guide me and go along with that. It always tends to come together and it tends to feel right. The sounds just come from electrical devices. Amplifiers, guitars, as usual. I guess I’ve used a couple of other, different instruments. Like, I’ve got a Casio digital guitar. Not a KEYtar – let me just say that. It’s got strings on it. Wee Japanese guitar/synth-thing that I got.

Aye, I think it always does. Other bands use guitars, drums or other electrical things… But the one thing about our band is that when we use anything it ends up sounding like Glasvegas.

• How proud are you of this one? Is it your best?

I don’t know if I’m proud. I don’t really think about if I’m proud or not. It’s too hard to work that out. But I can recognise that it feels right and it feels like the right way for the record to be.

• How does it feel on the verge of unleashing this new record on the world?

It’s like why I want to write songs and why I want to release them. It’s just to share them or have the chance to share them with anybody who would be wanting to connect with them. If it wasn’t for wanting that, then I wouldn’t be releasing music, I would just be making it for myself. I think that connection is something special. I can write the songs, but that’s not what keeps the songs alive. What makes it special and what can make it light up is when other people would listen to the song. So it’s other people listening who make it a classic or who make it special, and if it wasn’t for that, it wouldn’t be anywhere near as special to create. And you can say that’s the case for any great record that’s ever been made.

• Normally of course you’d be looking forward to playing the new songs at shows – how badly do you miss playing and does it detract from the excitement of release at all?

The thing is, I’ve been recording music through this so I was more concerned about finishing the record. But now that I have finished it I just can’t wait to just play the songs. Even the songs from the first album, it’s never an ocean you touch the bottom of and it’s always some other angle to the image that you had before of the song that you had before or you discover something deeper and different in the songs. Obviously these are all new, so I’m quite excited to feel the energy of the amplifiers and the whole thing, playing the songs every night and seeing them light up. We have been rehearsing and trying out the new songs and it surprised me that when we’ve played them, they’ve been sounding good. Then three weeks later they sound amazing. And I’m still wondering why they’re sounding better and better. Maybe I need to accept one day that practice makes you better.

• You had the charity stream show – how do events like that compare, and can they help with the show-cravings?

It’s really great being back playing with the band, but it’s definitely going to be different without the energy of the people there. And that’s just a special thing that nothing can replace that. But anytime I’m playing the song, even when I’m just writing it there’s a moment. When I write the song there’s no audience, but I’ve got to be lost in some kind of thought where I explore it in a way that it’s only me there. And I’ve got to be lost in the thought to discover the truth. And sometimes it’s the same when we play live. Sometimes I’m disconnected from it all when we’re playing, and I’m in the song. And I think that will still happen and it will still be special.

• What will it mean to you to get back on stage in front of an actual audience?

It would mean the world. It’s been a year, but it seems like 20 or 30 years. Maybe that feeling is a measure of how much I miss it.

• It seems things might get going later this year – what would that mean to you as a band and personally?

I’ll be appreciating things, that I knew I loved before, even more.

• There’s been a lot of talk about what impact the last year will have on live music – venues, crew, staff, even bands unable to continue – is it a worry for you in terms of what will be left?

For me, and Glasvegas… I need to go back to what I said in the beginning. In these past years I’ve learned how to make a record myself from my house. For some reason, if everything was going to shit, (I wasn’t imagining a pandemic though), I wanted to have the independence to create a record no matter what. And make it the way I wanted it. So I’m not worried for what will be left for us when it comes to actually making music and continue as a band. But I do worry for a lot of the live music scene. For venues that I love to play in. I’ve got friends and family who work as crew or in venues and whose lives have been put on hold or diverted for the past year. I just want them to be able to get back doing what they love. And bands having to give up what they do and what they love, that’s a loss for all of us who love music, because we will be missing out not just on what they are but what they could be. And I’m sad that live music has been neglected the way it has in this pandemic.

• How have you personally coped with the last year? and the band?

I’ve been focusing a lot on work and making music, which isn’t too different from before the virus. I’ve turned our guest room in the house into my music room/studio. My fiancé has also been working from home and she’s got a few videos of what she calls the “doomsday noises” that I was making for the album by putting an amplifier in the cupboard and looping the guitar sound. Our neighbours maybe haven’t been too pleased about that throughout lockdown. It’s been really hard not seeing family and friends as much as we’ve wanted and not hanging out with the band, playing music. But we’ve constantly been looking forward to what we want to do when things can start up again and we are more excited than ever for that.

• How do you ideally see the rest of the year playing out? Lots of shows (safe of course)?

I see it as a gradual thing. And people are going to get back to – well what is normality? – but as normal as it was before. It will happen. And there will be lots of shows. And I’ve promised my fiance that I’ll take her to every show she wants to go to…

• Will we have to wait another seven years for the next album?

Who said there’s gonna be a next one? I don’t know. There might be some lyrics scribbled down and some demos done for new songs… So we’ll see.

The band play the ‘Be Kind Live’ charity stream show on April 9th with tickets available here, and have announced a February 2022 UK tour culminating in a hometown show in Glasgow on the 24th. More at glasvegas.net and www.facebook.com/glasvegas​.