They do say the best things come to wait.

So anyone following the musical progress of Steven McLaren and Sean Ormsby would have been breathless with anticipation over the release of their album ‘Melancholitronica’.

Indeed, the duo began working together nearly a decade ago, as McLaren admits. Are they just slow workers? “As individuals, certainly not,” insists the Edinburgh-based
musician. “We never originally intended to make a whole album.”

Instead, there was a series of sporadic single releases when the two weren’t working on their own projects.

Ormsby is perhaps the more ‘alternative’ of the two, his Errant Boy and Locked Hands projects touching on experimental electronica. So the duo’s Blue Tiles project is understandably a meeting somewhere in the middle, McLaren’s own tastes veering towards more mainstream rock – albeit with a sideline in dance, his own recent solo single ‘We Used To Go Raving’ a good example.

“When I was a teenager the only thing I listened to was happy hardcore, up until I was maybe 17 and got into Radiohead and Smashing Pumpkins”.

“And I always enjoyed Kate Bush’s ethereal sound, the escapism of it… it’s maybe a bizarre thing to say, but she’s a lot in common with happy hardcore… that’s a quote and a half!”

Reviews of their recent output have noted influences from across the electronic spectrum, from Cabaret Voltaire to Pet Shop Boys, so this musical middle ground
perhaps sums up their whole working relationship.

“I’ve done my own stuff with Collar Up, Sean’s been in guitar bands like Night Noise Team, so we decided we’d not rely on our main instruments and see what we came up with.”

“We agreed that if we weren’t both involved in everything we do, it’s not Blue Tiles,” McLaren continues. “Of course there’s a lot of synthy sounds I got a lot of say over, but it’s Sean’s main vocal and lyrics for most of the tracks.”

People may not be that aware of Blue Tiles, because until recently the duo were known as Shards. As were a few other acts…

“We simply had to change it, there were too many!” McLaren recounts. Another Shards was, apparently, in the NME, alerting the Edinburgh pair of potential confusion. “They’ll
probably end up having to change it as well!” he laughs.

So a new name was selected, taken from a spoken word track on the album.

“‘Blue Tiles and Chardonnay’ is very poignant for both Sean and I lyrically speaking, it’s written by both of us so means something to both of us in different ways.”

The pair’s close working relationship extends to the running of their Errant Media record label. However, there’s no room yet for any other acts – the plethora of names
under the banner are in fact, all guises of the duo in solo mode.

“It’s all our own thing, but that’s not a rule, it might change in future.”

When the duo first released music a decade ago, they promoted themselves by putting out free downloads. Now, all music is free, in a sense.

“We feel we don’t have much choice now,” McLaren admits, “if we don’t use Spotify there’s a large section of the population wouldn’t listen to it – or be able to.

“If you want to buy a copy on CD you can do that though, and we really appreciate it!” he smiles.

“But we want people to come and see the gigs, and if you get a good tune out there people get behind it and share it with their friends, so it’s not much unless someone listens to it.”

It sounds a bit like the old “if a tree falls in the forest…” philosophical argument?

“If there’s no-one there to hear it I guess the gig didn’t really happen,” McLaren agrees.

“We just need people to listen to our music – that’s the main thing.”

‘Melancholitronica’ is available now – more at www.facebook.com/bluetiles.
out now. This article originally appeared in the Midlothian Advertiser. 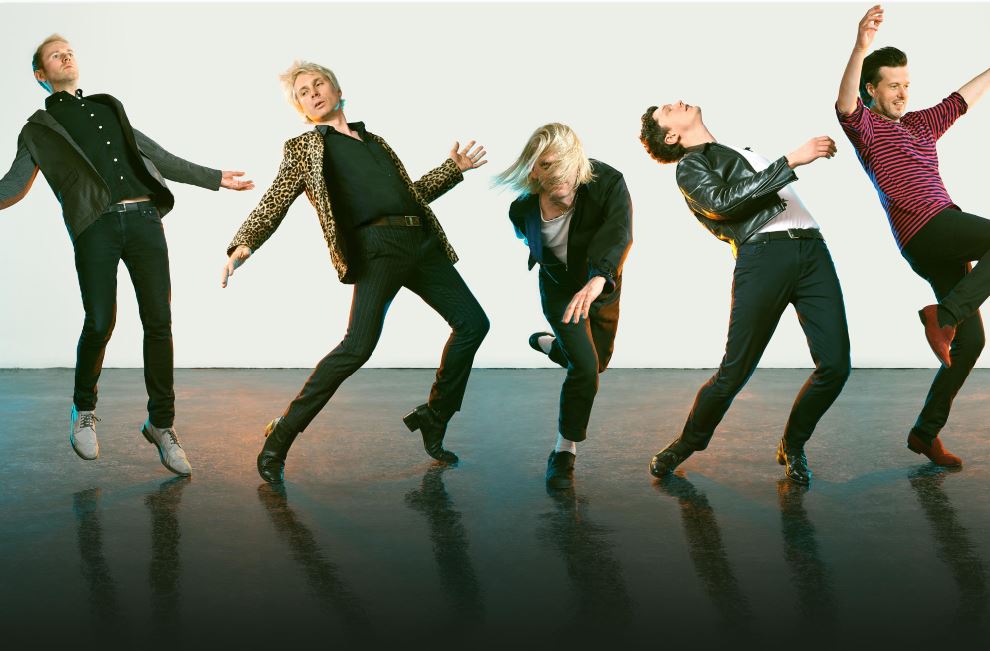